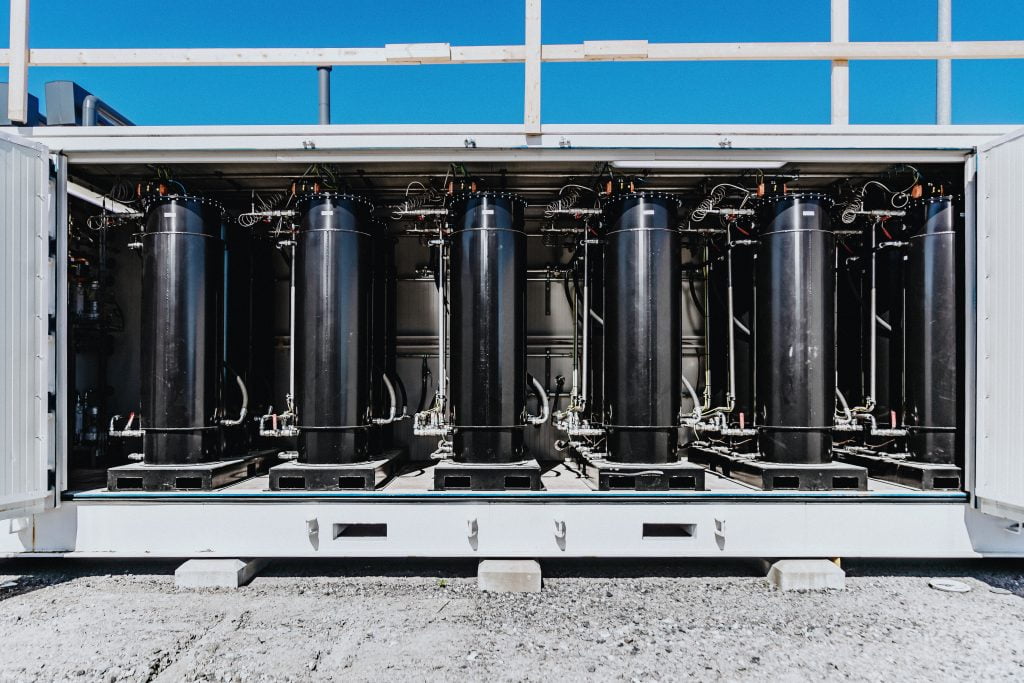 Lounais-Suomen Jätehuolto (LSJH) and the energy technology company Q Power have experimented on a method of converting unexploitable landfill gas into pure biomethane. The experiment conducted at LSJH’s Korvenmäki waste treatment centre in Salo, Finland, has proved to be a greater success than expected. The results showed that, with Q Power’s technology, it is possible to convert landfill gas into traffic fuel. The boards of LSJH and Lounavoima, a Waste-to-Energy (WtE) company that will develop a Waste-to-Energy plant in Salo, are committed to continuing project preparation together with Q Power. The aim of the project is to begin converting carbon dioxide produced by the Waste-to-Energy plant into traffic fuel.

LSJH and the energy technology company Q Power have experimented with converting unexploitable landfill gas into pure biomethane. The experiment conducted in a biological reactor, developed by Q Power, at LSJH’s Korvenmäki waste treatment centre in Salo, Finland, has been more successful than expected. In addition to the production of methane, the microbiological reactor has cleaned hydrogen sulphide and other pollutants from the landfill gas. Earlier, these pollutants have hampered the use of landfill gas in a biogas power plant.

The project shows that Q Power’s technology is capable of converting unusable gas into methane that is suitable for traffic use. This successful experiment is a breakthrough in terms of reducing the climate impacts of municipal waste management. With this process, landfill gas turns from climate emission into a raw material for carbon-neutral fuel. As a result, even low-quality landfill gas can be used to produce high-quality biomethane for traffic fuel or for industrial use.

‘The climate impacts of waste management in Finland have been decreasing in recent years, as biodegradable municipal waste is no longer placed in landfills. Internationally, the potential for utilising landfill gas is considerable, and the successful pilot in Salo includes significant export potential for Finland,’ says Jukka Heikkilä, LSJH’s managing director.

This successful pilot is a significant Finnish initiative in the fight against climate change.

‘In line with the EU’s hydrogen strategy published in July, the hydrogen processing chain has a key role in European and global emission reductions. The successful methanation process is an integral part of the hydrogen economy to be built in accordance with the strategy,’ says Paunonen.

Cooperation to reduce emissions will continue

‘The boards of LSJH and Lounavoima are committed to continuing project preparation together with Q Power. The project has reached a stage in which a suitable consortium is being recruited to build and operate the biomethane manufacturing and distribution process. We are looking for funding channels for the project in the EU and in Finland,’ Heikkilä says.

The Lounavoima Waste-to-Energy plant to be completed next year will include a process for capturing and methanating carbon dioxide into fuel suitable for traffic use. In addition, LSJH and Q Power are planning to launch a municipal waste gasification experiment to test how gasification affects waste materials that are difficult to exploit

‘We have already started looking for a suitable carbon capture method in order to recycle the carbon dioxide generated by the Waste-to-Energy plant for new uses, i.e., the production of biomethane. In addition to this, waste heat generated in the carbon dioxide capture process may be utilised as district heat,’ says Petri Onikki, Lounavoima’s managing director.

LSJH and Q Power organised a press conference on the subject at the Korvenmäki waste treatment centre in Salo on Tuesday 25 August 2020.

Lounais-Suomen Jätehuolto (LSJH) is a company owned by 17 municipalities located in Southwest Finland. On behalf of these municipalities, we take care of organising the residents’ waste management and waste disposal advice. We also offer services to the properties of municipalities. Approximately 420,000 inhabitants live in the company’s operating area. This area also includes about 36,000 secondary residences. The company’s aim is to lighten the load for tomorrow’s world!

Q Power is a company that focuses on fighting climate change. Its unique, patented gasification and biomethanation solution provides a way to process problematic carbon-based side streams and waste into energy in a way that produces less carbon emissions. The technology also makes it possible to store renewable energy and facilitates the transition towards renewable fuels. The company’s primary owners are Ilkka Herlin and Saara Kankaanrinta.